× Close Video
YOUR FUTURE IS ALL THAT MATTERS
Contact Us Now

It can be intimidating and distressing to be accused of a crime. However, a conviction is not assured. All crimes must be proven beyond a reasonable doubt. If you are being investigated for a crime, it is important to secure representation by a criminal defense attorney as soon as possible. At Hanlon Law, we are dedicated to defending people accused of drug crimes, sex crimes, violent crimes, domestic violence, theft crimes, white collar crimes, child abuse, and college campus crimes. The earlier that we can get started, the sooner that we can develop a strong defense strategy on a client’s behalf. We have more than two decades of experience in Florida criminal courts, obtaining numerous dismissals, acquittals, and reductions in charges. 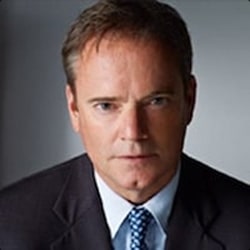 Drug crimes are punished harshly in Florida. Controlled substances include cocaine, heroin, Fentanyl, hydrocodone, ecstasy, methamphetamine, and oxycodone, among other examples. The potential sentence for possessing any of these substances can include prison time and a fine. When the charge is drug trafficking, the judge will not have discretion over the sentence and must sentence you to the mandatory minimum for that amount of the controlled substance. This is one of the reasons why you should retain a criminal defense attorney in Bradenton who can help you aggressively fight the charge.

There is a wide range of sex crimes that may be charged in Florida, including child abuse, sexting, lewd and lascivious crimes, rape, prostitution, child pornography, and traveling to meet a minor. These types of charges can ruin a suspect’s life. In some cases, part of the sentence includes a requirement that a convicted defendant register as a sex offender or sexual predator. Among other things, when the charges involve sexual misconduct with minors, it is important to realize that ignorance or belief about a victim’s age is no defense. In Florida, the age of consent is 18. Even people who genuinely believe that the other person involved in the sexual act was not a minor and even people deceived by the minor about their age can be convicted of sex crimes involving minors, such as lewd and lascivious crimes. It is crucial to retain a Bradenton criminal defense attorney who understands how to defend against sex crime charges.

Violent crimes include rape, aggravated battery, aggravated assault, and robbery. These crimes may involve only a credible threat of violence (aggravated assault), but they can also result in great bodily harm, permanent disfigurement, or permanent disability. What must be proven depends on the particular charge. For example, if you are being charged with aggravated battery under Florida Statute section 784.045(2), the prosecutor must prove beyond a reasonable doubt that you knowingly or intentionally hit someone using a deadly weapon. If the prosecutor proves this, you can face a maximum of 15 years in prison and a maximum $10,000 fine. You might assume that you could only be charged under this section if you used a firearm or knife, but in fact, you can be charged for striking someone with a deadly weapon even if what you used is a broken beer bottle, a baseball bat, or a rock.

When the police are called to a house due to domestic violence, it is probable that somebody will wind up arrested. Florida Statute section 741.28 provides that domestic battery includes actual and intentional touching, hitting, or injuring someone with whom the perpetrator has a familial or household relationship. Family and household members include spouses, ex-spouses, blood relatives, people living together as a family, and people who parent together, regardless of whether or not they are married. Domestic battery is usually a first-degree misdemeanor charge. If you are convicted, the potential sentence is a maximum of one year in jail and a maximum fine of $1,000. You may also need to complete a Batterer’s program, perform community service, and abide by a no-contact order or injunction.

White collar crimes do not require the use of guns or violence. Often, they are motivated by greed and occur in business, financial, or government workplaces. These crimes can include identity theft, industrial espionage, Internet crimes, stealing IP, embezzlement, forgery, bribery, or fraud. What a prosecutor must prove depends on the particular charge. Sometimes it can take years for a white collar crime to be uncovered, and in many cases, a suspect faces a potentially long prison sentence. It is important to retain an experienced criminal defense lawyer in Bradenton who has access to forensic accountants and other professionals who can help refute the charges.

Sometimes, a victim of domestic abuse may ask the court for an injunction. Anyone with a reasonable belief that they are in immediate danger of becoming a victim of an act of domestic violence can ask for an injunction against a person who is abusing them or about to abuse them. This is a civil process, but like a criminal charge, it may have substantial consequences for an alleged perpetrator’s life. For example, it can have a serious impact on child custody. When a judge decides that there is an immediate, present danger of domestic violence, a temporary ex parte injunction may be ordered without the judge hearing your side of what happened. However, you will be given notice of a full hearing, at which time you will have an opportunity to oppose the order. It is important to retain a criminal attorney to represent you at the full hearing.

Under the Florida statutes, there are three offenses against children: child abuse, aggravated child abuse, and child neglect. Child abuse involves a threatened or willful act resulting in a sexual injury, mental harm, or physical harm causing or likely to cause physical, mental, or emotional impairment. Sometimes child abuse allegations are improperly motivated by a custody battle, a vindictive parent, or someone exaggerating reasonable discipline of a child. These charges are serious and may involve jail time and fines, as well as the loss of a family relationship. It is important to retain an experienced criminal defense lawyer in Bradenton to defend you against these charges.

College kids often lack the good judgment that develops as a result of experience and maturity. College campus crimes can include sexual assault, rape, underage drinking and DUI, drug crimes, aggravated assault, robbery, or motor vehicle theft. Sometimes a promising student is arrested and faced with the possibility of jail time or the requirement that they register for the rest of their life as a sex offender. It is critical for people accused of college campus crimes to retain an experienced criminal defense attorney, both for any administrative proceedings that may be held on campus and for criminal charges.

If you are being investigated for a crime, there may be serious potential consequences, including prison time, probation, fines, and the stigma of a criminal record that can hinder your ability to gain or keep custody of your child, get a professional license, secure housing, or obtain higher education. Representation by a skillful trial attorney matters to the outcome. Our founder, Will Hanlon, has aggressively and knowledgeably represented the accused since 1994. You can call Hanlon Law at 941.462.1789 or complete our online form.

Time is of the Essence

Hanlon Law knows that time is of the essence, we move quickly to protect your future.

With over 20 years of experience, we focus solely on Criminal Law and Injunctions.

“Mr. Hanlon has the confidence and experience you need when dealing with possible criminal charges.” 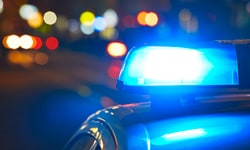 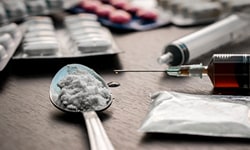 DUI / DWI
View More
Client Reviews
★★★★★
As a practicing attorney, I was shocked to hear that a family member of mine was alleged to have committed a sex crime. Knowing full well the consequences this type of allegation can have on anyone and their future, I immediately reached out to William Hanlon for help. I had every confidence that Mr. Hanlon had the knowledge, expertise, and experience to handle this problem. Approximately 4 weeks from an initial conference with Mr. Hanlon, we received a call with the news that a letter of release was being issued and the case was being dropped. Now my family member can finally exhale, take a deep breath, and go on with his life. Thank you, William! Jerry
★★★★★
Was on the ball. Remembered names, events, places, situations. Never need to re explain the situation. Keeps in touch through out the entire experience and keeps you feeling safe, comforted and protected. Fights hard. Worth every single penny. Would never settle for anything less than Will. Carrie
★★★★★
I was facing a charge that if convicted would carry two years in prison minimally. Not only was he empathetic and listening to what I had to say but he arranged with the prosecutor for my charges not to be filed under terms of a pre trial investigation. Would highly recommend. Alec
★★★★★
I am very happy for what he did for me. Always there when I needed him. Explained everything well. He Fights for his clients. He got me what I needed. Hes an excellent lawyer. Mutaz
★★★★★
Mr. Hanlon did what no other lawyer could do. Not only did he turn my criminal history into a thing of the past so I could move on, he was a loyal associate. No matter how bad the situation is, he has miraculously cleared me on every charge since he became my lawyer 5 years ago. I have the best lawyer that the legal system has to offer. I have had other really good lawyers try to get my business, but I know that no one can do a better job than William Hanlon. Jesse
View More
Submit a Law Firm Client Review
Contact Us 24/7